Americans like to promote ourselves as the land of the free and home of the brave.

Bald-faced and ugly lies—especially the part about being brave.

The truth is America is the land of the delusional and home of the careless.

Two powerful and corrosive lies we live by involve guns.

The first-level lie about guns is the Second Amendment, the right to bear arms.

Our founding documents and ideals certainly were grounded in needs that no longer exist. Owning guns to form militias and to protect private property, as well as the need to hunt for food, was essential to life, liberty, and the pursuit of happiness in at least the first century, or more, of the U.S.A.

But a standing army and what many would call a militarized police force have rendered that need moot; in fact, owning guns has now made us less safe. The U.S. crime rate is below average compared internationally, but our lethal crime rate is an extreme outlier (see data here): 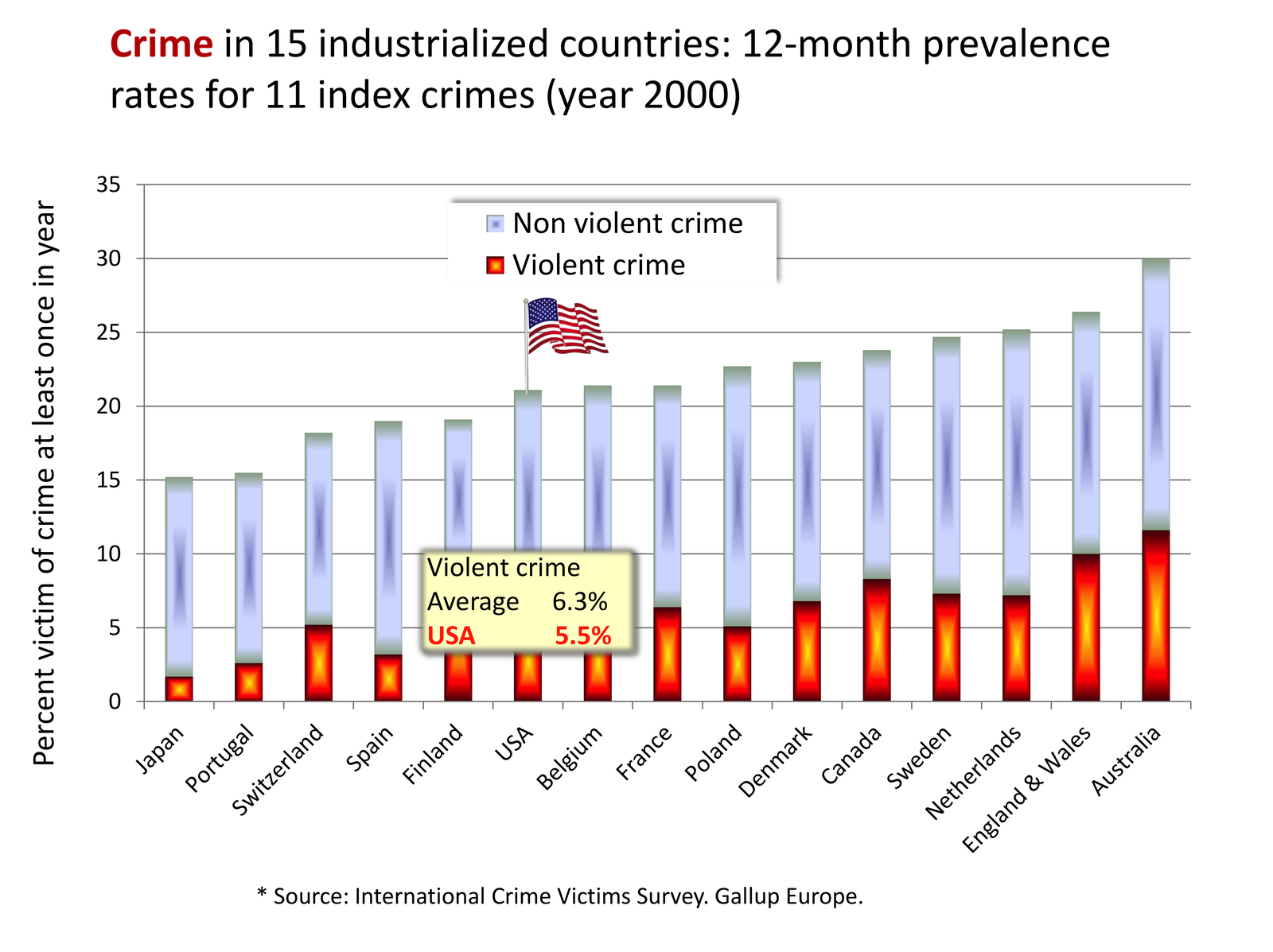 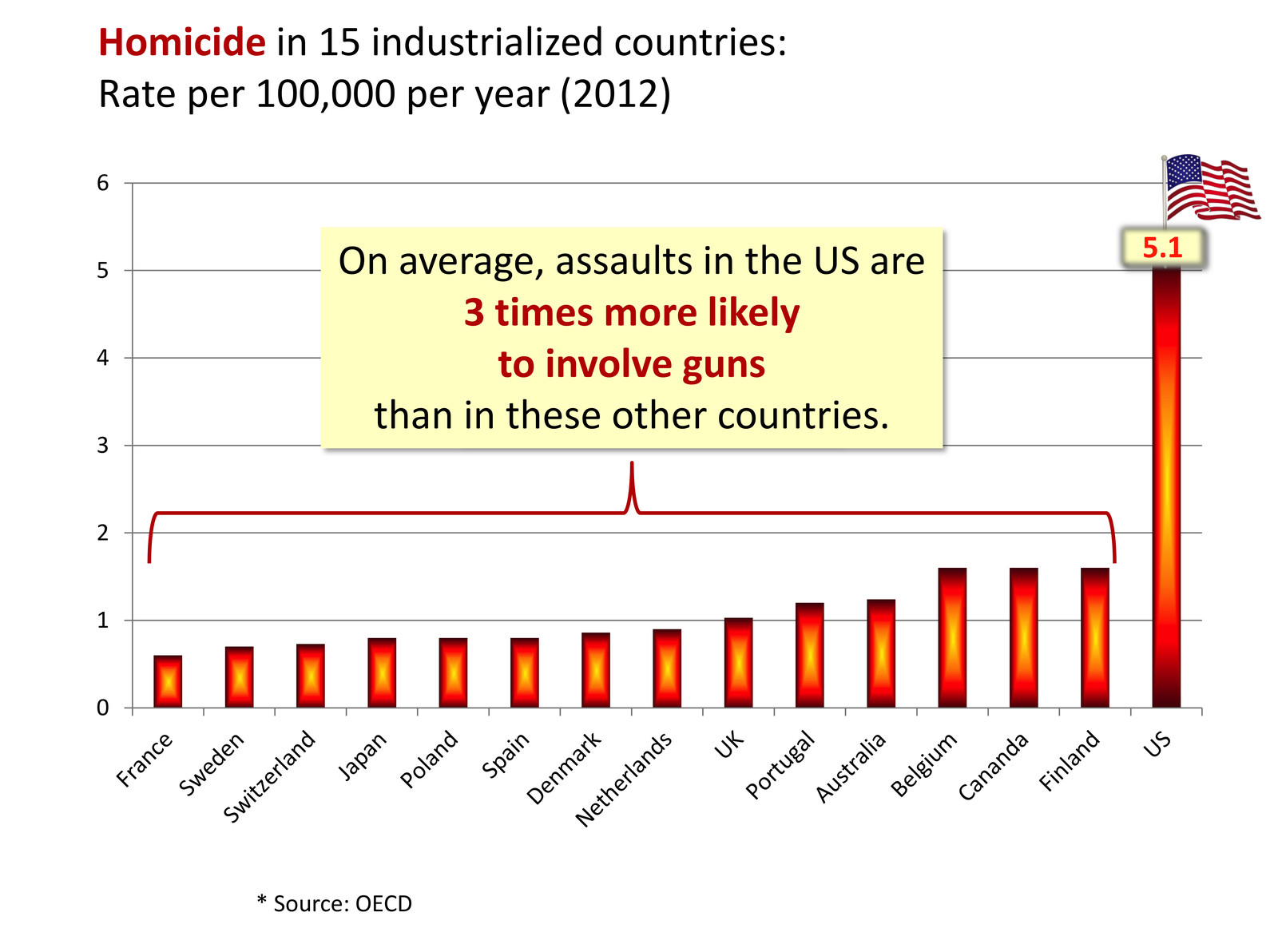 The second-level lie is that the NRA is a champion of the Second Amendment.

The truth is that the NRA uses the Second Amendment as a smoke screen for being a shill for gun manufacturers. The NRA works for crass commercialism, the worst of capitalism—not for democracy or freedom.

But as the election of Trump has proven beyond a doubt: America is the land of lies, a people prone to making grand claims and living lives that completely contradict those stated ideals.

When lead in paint was discovered as being harmful to children, lead was banned in paint.

Examples such as these are common in the U.S.—except when a gun is involved.

The Parkland, Florida school shooting involved a legally purchased assault-style rifle, and the shooter was able to buy the weapon although not old enough to buy alcohol.

Beer is regulated more aggressively than guns in the U.S. And marijuana, which is far safer than alcohol, remains illegal in most of the country.

So the simple fact is that America is not the home of the brave, but a cowardly country with cowardly political leadership.