Twenty years ago, we could marvel at Pleasantville for its technology, the allegorical take on racism and censorship, and the acting brilliance of lesser-known (then) Reese Witherspoon, Tobey Maguire, Joan Allen, and William H. Macy.

Viewing the film in 2018 includes a somber recognition of a young Paul Walker and Jane Kaczmarek before Malcolm in the Middle. But it may be the character of Whitey (David Tom) and watching the overt racism, near-sexual assault of Betty Parky (Allen), and rioting scenes that take on more than a critical reconsideration of mid-twentieth century America and force us to re-see in this film in contemporary Trumplandia:

Whitey, not so subtly, utters “colored girlfriend”— about Margaret (Marley Shelton)—with sneering disgust and leads a group of young men taunting Betty, until Bud (Maguire) steps in and asserts his full humanity (something that appears to be at the root of what characters turn from black-and-white to color) by knocking Whitey, bloodied, to the ground: 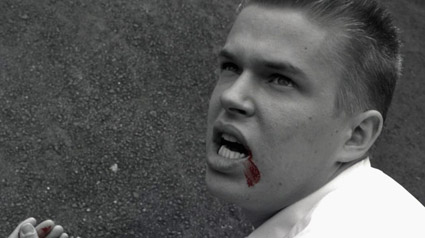 In the wake of Trump being elected president, viewing this film—and rewatching Breaking Bad, for example—exposes how whiteness works often to center itself regardless of the context.

Walter White, in Breaking Bad, is a white man who is doing well—a teaching career with a stable family and home—but feels wronged by fate (others more successful in the career he leaves behind) and nature (diagnosed with cancer). This entire series centers White (whiteness) and his not-so-subtle libertarian ideologies in the same way the mainstream media now center so-called white rural Americans (the narrative goes) paralyzed by economic fear.

While Break Bad is far more problematic in its depiction of fragile masculinity and racism, Pleasantville in the context of Trumplandia comes off now just a bit lazy.

The allegory of race remains itself powerful, but fragile masculinity is allowed to play as a joke, the white men who resist change in the TV sit-com are buffoons—a stark contrast to the genuine pain demonstrated in the more compelling existential angst in the outlier white man, Bill Johnson (Jeff Daniels), and powerfully in Betty:

The near sexual assault of Betty and the riot scene must be reconsidered as very damning messages about white and male fragility—dramatic harbingers of the #MeToo movement and the right-wing violence in Charlottesville, VA, in August 2017.

Yes, Pleasantville works as something of an allegorical take on social change and the scar of racism in the U.S. But it also unwittingly embodies some of the consequences the U.S. now suffers from failing ever to confront directly that calls for tradition tend to be grounded in maintaining the worst sorts of bigotry—racism and sexism.

And while I think Whitey remains an increasingly significant character as we rewatch Pleasantville now, I also want to focus on the Mayor, Big Bob (J.T. Walsh)—a couple speeches specifically.

As a political leader, Big Bob’s rhetoric demonstrates the use of language as a veneer, as Big Bob argues: “Up until now everything around here has been, well, pleasant. Recently certain things have become unpleasant. Now, it seems to me that the first thing we have to do is to separate out the things that are pleasant from the things that are unpleasant.”

The “pleasant/unpleasant” dichotomy is quite sordid underneath the term. “Pleasant” is women knowing their place, and a community with no “coloreds.”

And as I noted above, many of the scenes depicting white male fragility are played for laughs, hyperbolic concerns about dinner not being on the table or clothes ruined while ironing:

Yet, Big Bob’s discourse even against the cartoonish solidarity of these men watching their world’s change is illuminating:

My friends, this isn’t about George’s dinner. It’s not about Roy’s shirt. It’s a question of values. It’s a question of whether we want to hold on to those values that made this place great. So, a time has come to make a decision. Are we in this thing alone or are we in it together?

While some criticized Alice Walker for an uncharacteristically happy ending in her The Color Purple, we should not be surprised Pleasantville as a fantasy and comedy allows all these heavy issues to resolve with a bit of light-heart “aw-shucks” in a final park bench scene where Betty moves from George to Bill (note that the film remains mired in the importance of women in conjunction with some man):

The narrative, in hindsight, of Pleasantville is incomplete, but we are disturbingly equipped now to decode it. Part of that decoding must be that the narrative the mainstream media is feeding us isn’t incomplete; it is dishonest and lazy.

The white male fragility that created Trump and now is actively emboldened by Trump is not the buffoonery of the film. It is deadly serious and it must not be ignored, or simply explained away.

To Kill a Mockingbird, White Saviors, and the Paradox of Obama and Race 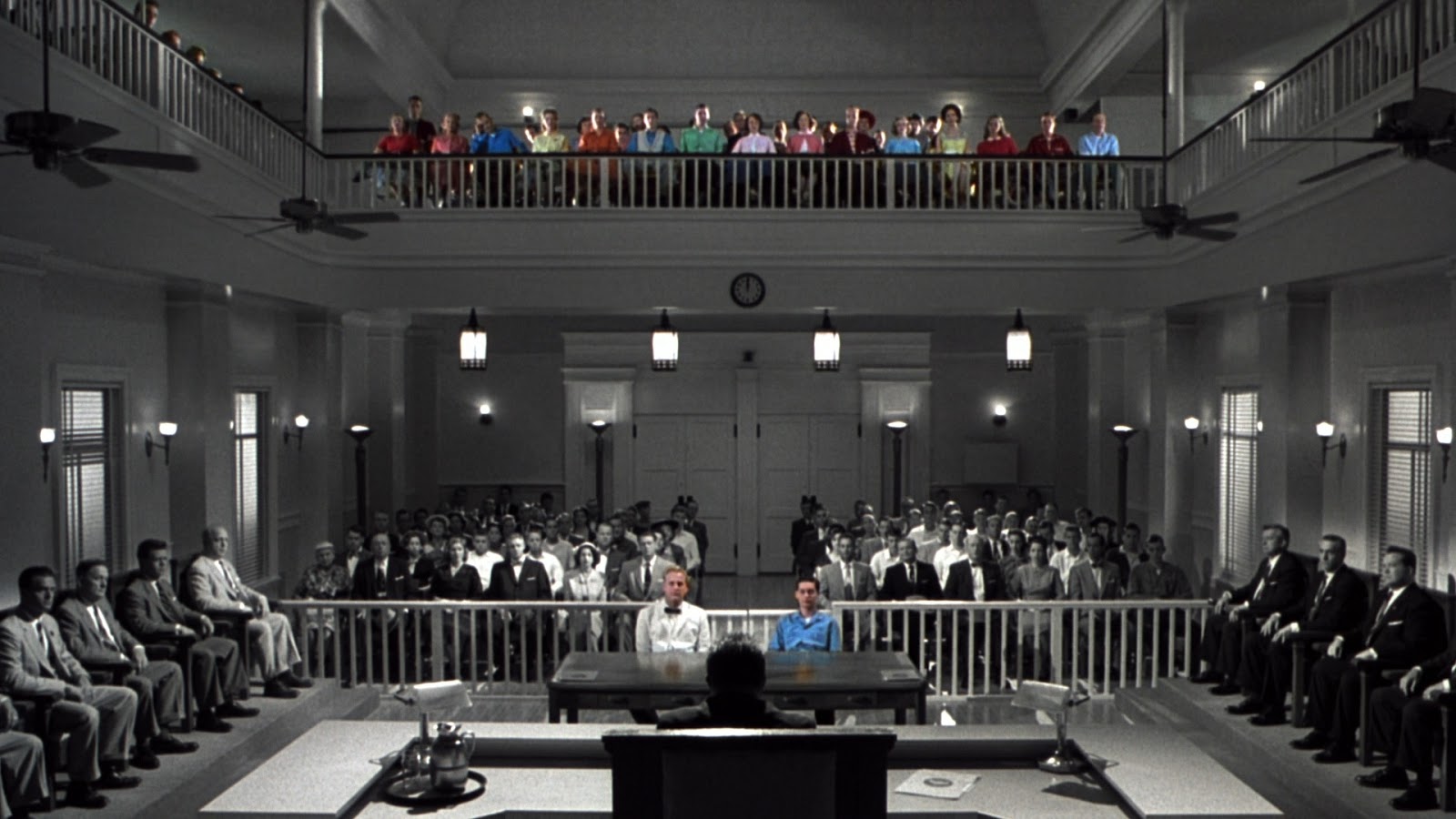