Comic Connections: Building Character and Theme is designed to help teachers from middle school through college find exciting new strategies to help students develop their literacy skills. Each chapter has three pieces: comic relevance, classroom connections, and concluding thoughts; this format allows a reader to pick-and-choose where to start. Some readers might want to delve into the history of a comic to better understand characters and their usefulness, while other readers might want to pick up an activity, presentation, or project that they can fold into that day’s lesson. This volume in Comic Connections series focuses on two literary elements—character and theme—that instructors can use to build a foundation for advanced literary studies. By connecting comics and pop culture with these elements, students and teachers can be more energized and invested in the ELA curriculum. 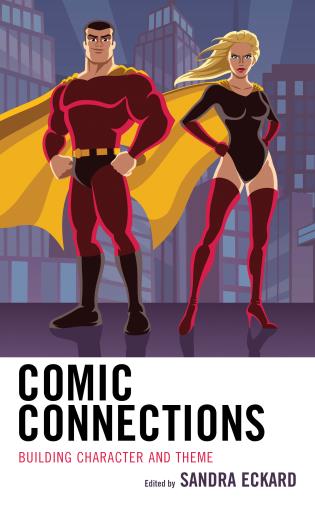 1: Tales and Dreams: Neil Gaiman’s The Sandman and Critical and Creative Thinking in the English Classroom, Carmela Delia Lanza

6: Comics and Philosophy: Batman and the Nature of Evil, Jon Ostenson

10: Word from Krypton: Analyzing the Character of Superman, Richard Harrison

One thought on “NEW: Comic Connections Building: Character and Theme”