A common and valid criticism of Marxism is that the ideology is idealistic. A similar charge is leveled against communism, but often far more hostile and along the lines that in practice it has never worked or in practice it has been horribly dehumanizing, a totalitarian nightmare.

Left mostly unexamined, however, in the U.S. is the shallow and equally idealistic, and illogical, libertarian dream, expressed well in Henry David Thoreau’s “Civil Disobedience,” which begins:

Ah, the narcotic allure of no government!

Yet, once Thoreau triggers those no-government endorphins, he backtracks:

But, to speak practically and as a citizen, unlike those who call themselves no-government men, I ask for, not at once no government, but at once a better government. Let every man make known what kind of government would command his respect, and that will be one step toward obtaining it.

After all, the practical reason why, when the power is once in the hands of the people, a majority are permitted, and for a long period continue, to rule is not because they are most likely to be in the right, nor because this seems fairest to the minority, but because they are physically the strongest. But a government in which the majority rule in all cases cannot be based on justice, even as far as men understand it. Can there not be a government in which majorities do not virtually decide right and wrong, but conscience?—in which majorities decide only those questions to which the rule of expediency is applicable? Must the citizen ever for a moment, or in the least degree, resign his conscience to the legislation? Why has every man a conscience, then? I think that we should be men first, and subjects afterward. It is not desirable to cultivate a respect for the law, so much as for the right. The only obligation which I have a right to assume is to do at any time what I think right. It is truly enough said that a corporation has no conscience; but a corporation of conscientious men is a corporation with a conscience.

Thoreau speaks to not only the no-government streak in the American Myth but also our foundational rugged individualism mythos; to hell with laws and government, Thoreau argues, because “[m]oreover, any man more right than his neighbors constitutes a majority of one already.”

Lazy contemporary libertarian urges in the U.S. still sing many of these idealistic and internally illogical refrains, but most now diverge from Thoreau about material possessions since Thoreau at least claimed to be not about things and possessions (more idealism and one of his many blind spots about the privileges he enjoyed to be able to wax eloquently while living off other people’s kindness).

Today’s no-government folk love to shout many of the ideologies found in “Civil Disobedience” while simultaneously screaming about private property and keeping government out of their business, which includes, often, the right to bear arms.

Here then is a real conundrum: If one wishes to be a no-government ideologue and worship private property, one must admit that a society’s system of laws and policing (government) allows everyone the freedom of life, liberty, and the pursuit of happiness—as opposed to spending much of anyone’s day watching that private property and defending it.

Today’s libertarians are as idealistic and unaware as dear old Thoreau.

While the libertarian types enjoy spouting their nonsense on social media, that ideology does work powerfully among many across the U.S. because the narratives are compelling when left unexamined, but also because there is a serious mistake made with word associations concerning “government” as well as “communism” and “socialism.”

While I have little to no compassion for the lazy libertarian lie, especially at the level of manipulative conservative politicians, I do think the misunderstandings can and should be unpacked to advocate for a much healthier and effective national narrative. 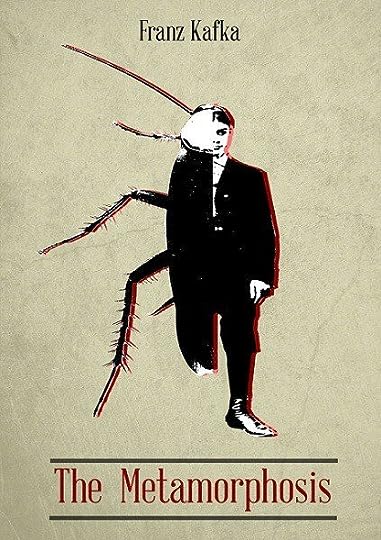 First, no-government arguments seem to be mostly about the tyranny and inefficiency of bureaucracy, a scourge found in government and business. The work of Franz Kafka, in fact, warned humanity that bureaucracy reduces all humans to insects:

One morning, as Gregor Samsa was waking up from anxious dreams, he discovered that in bed he had been changed into a monstrous verminous bug. He lay on his armour-hard back and saw, as he lifted his head up a little, his brown, arched abdomen divided up into rigid bow-like sections. From this height the blanket, just about ready to slide off completely, could hardly stay in place. His numerous legs, pitifully thin in comparison to the rest of his circumference, flickered helplessly before his eyes.

‘What’s happened to me,’ he thought. It was no dream. His room, a proper room for a human being, only somewhat too small, lay quietly between the four well-known walls. Above the table, on which an unpacked collection of sample cloth goods was spread out (Samsa was a traveling salesman) hung the picture which he had cut out of an illustrated magazine a little while ago and set in a pretty gilt frame. It was a picture of a woman with a fur hat and a fur boa. She sat erect there, lifting up in the direction of the viewer a solid fur muff into which her entire forearm disappeared.

Kafka’s work is darkly comic and more complex than many people recognize; the truth is that Gregor Samsa has not been turned into a bug, but that this sudden manifestation is a reflection of his already living the life of a bug because of the dehumanizing nature of his work as a salesman to serve the needs of his family:

‘O God,’ he thought, ‘what a demanding job I’ve chosen! Day in, day out on the road. The stresses of trade are much greater than the work going on at head office, and, in addition to that, I have to deal with the problems of traveling, the worries about train connections, irregular bad food, temporary and constantly changing human relationships which never come from the heart. To hell with it all!’

Bureaucracy, then, is not a unique or even necessary feature of government, but certainly a curse on being fully human regardless of the context.

If we consider the ignored value of laws and policing as they allow the libertarian dream of worshipping private property, it takes little critical unpacking to recognize that laws and policing, in practice, often also mis-serve humanity—resulting in the U.S. in a racial divide in attitudes about policing.

In short, policing as public service (an ideal) is a dramatic difference when compared to a police state, a militarized police force (a reality).

The no-government refrain as a rejection of bureaucracy is often buoyed by a similar misinterpretation of “socialism” and “communism” as inherently totalitarian. Again, this is a conflict between the ideal and reality (as most point to communist regimes throughout history that functioned as totalitarian states).

There is a valid reason to feel compassion for those fearing a totalitarian state:

Ultimately, the garbled and illogical libertarian lie, the no-government ploy, prevents the sort of imagination necessary in the U.S. to understand that publicly funded institutions are foundational to ideological commitments to personal property and the so-called free market.

The lazy shouting also detracts from evidence that government—as publicly funded services—can work to support our humanity, not erase it as in Kafka. Consider, for example, a Twitter thread from Mary Robinette Kowal about her experiences with publicly funded healthcare in Iceland—a more humane, affordable, and efficient experience than anything available in the U.S.

This is not idealism, but a possible reality, an alternative reality.

Just as publicly funded roads and highways make robust commerce possible, many basic needs of a free people can and should be fully publicly funded so that our free market not only works better but more humanely—universal public education (K-16) and healthcare, for example.

Setting aside Thoreau’s idealism and hyperbole, and shifting away from his essential libertarian lie, we too should be asking for “not at once no government, but at once a better government.”