“The curiosity that may be deemed a sign of genius in a white male child is viewed as trouble making when expressed by black boys,” observes bell hooks in Chapter 3 of her We Real Cool: Black Men and Masculinity.

The book’s title echoes the wonderful and precise poem by Gwendolyn Brooks, which also in its powerful concision offers a portrait of the dire consequences of toxic masculinity for Black men.

I came to this work of hooks along with The Will to Change: Men, Masculinity, and Love through an online documentary, The Feminist on Cellblock Y:

The documentary features Richie Reseda who, while incarcerated, began seminars on the patriarchy and toxic masculinity grounded in the writings of bell hooks.

hooks begins Chapter 3 with “More than any other group of men in our society black males are perceived as lacking in intellectual skills,” a claim both represented and refuted by the men who animate the documentary through personal reflections and candid filming of them investigating the texts written by hooks and then navigating prison seminars that rival and even surpass the sorts of college classrooms these men have been systematically denied.

From reading hooks, Reseda came to recognize the systemic forces—patriarchy, toxic masculinity, rape culture—that shaped him and his cellmates into criminals:

Nowadays in the imperialist white-supremacist capitalist patriarch culture, most boys from poor and underprivileged classes are socialized via mass media and class-biased education to believe that all that is required for their survival is the ability to do physical labor. Black boys, disproportionately numbered among the poor, have been socialized to believe that physical strength and stamina are all that really matter.

Reseda explains in the documentary that he also found so-called rehabilitation programs in prison using the same ideologies grounded in patriarchy and toxic masculinity, reducing prisoners, for example, to narrow expectations for manhood and the black body.

The result of his awareness spawned his patriarchy seminars as well as his political activism that helped create an opportunity for him and others to learn their way out of incarceration.

The CNN documentary has a bit over 25,000 views on YouTube and Reseda has around 800 followers on Twitter; the awareness of Reseda, his story, and how it represents the U.S. culture that turns Black men into criminals are far below the magnified lens being afforded Pete Buttigieg, a former mayor running for president.

Buttigieg has fashioned a personae, Mayor Pete, that includes a powerful mix of compelling narratives in the U.S.—military veteran, genius, and the monogamous (and nonthreatening) gay man.

Yet, Buttigieg is a product of systemic forces very similar to the pattern confronted by Reseda in both society and prison rehabilitation; Buttigieg is the embodiment of white male privilege and the bootstrap myth.

While the media have celebrated Buttigieg in ways that are disproportionate to his polling, Michael Harriot has taken Buttigieg to task for possibly the best example of the former mayor’s unexamined privilege and racism.

In 2011, Buttigieg mansplained/whitesplained that poor minorities struggle because they do not have adult role models who value education. He offered a compelling and popular narrative in the U.S. that is grounded in gross stereotypes that have been refuted by scholarship on social class and race, as Harriot highlights:

“Kids need to see evidence that education is going to work for them,” Buttigieg explained whitely, when he was running for mayor in 2011. [“]You’re motivated because you believe that at the end of your education, there is a reward; there’s a stable life; there’s a job. And there are a lot of kids—especially [in] the lower-income, minority neighborhoods, who literally just haven’t seen it work. There isn’t someone who they know personally who testifies to the value of education.”

Yet, Harriot explains, “I am from what most people would call ‘the hood.’ The bad section of town. You know—where black people live.” And then he deconstructs both Buttigieg and the culture of poverty Buttigieg voices:

I never said fuck it.

But if I did, it wouldn’t have been because of a lack of role models. If I had chosen to keep my mama’s lights on instead of making that daily trek, my decision wouldn’t have been based on a tropological dearth of “motivation” or communal ambivalence. As I grow older, I realize that I was not gifted, talented or even diligent.

Presidential candidate Pete Buttigieg is a lucky motherfucker, too.

He attended one of the best private schools in the country that was quite literally on the campus of one of the best colleges in the country, Notre Dame University, where his father worked as a professor for 29 years. His mother taught at an even better, more elite school. And if you ask how he got into Harvard or became a Rhodes Scholar, Mayor Pete would probably insist that it had nothing to do with whiteness. He would likely tell you that he valued education and had great role models, both of which are probably true. There is no question that he is intelligent, hard-working and well-educated.

But he didn’t have to jump a ditch.

Buttigieg is culturally popular in the U.S. because he helps keep the focus on the individual; this is in stark contrast to the systemic arguments made by hooks and then demonstrated in the lives of prisoners such as Reseda.

As Harriot asserts, Buttigieg’s message and the entire bootstrap/ rising tide narrative is a lie.

The reality of the ditch in Harriot’s life becomes a metaphor for blackness as an obstacle, for patriarchy and toxic masculinity as a prison.

Reseda’s story, however, has a key—reading and education. When Reseda and other prisoners begin to read for their own liberation, when they become a community of scholars behind bars, they effectively unlocked their intellectual cells and, for some, created avenues to lives outside of incarceration.

While the U.S. fails significantly with its history of mass incarceration, disproportionately impacting Black men, The Feminist on Cellblock Y demonstrates that life inside and outside of prison for Black men, brown men, and poor men has a disturbing similarity to Albert Camus’s musing on life in The Stranger because in both settings these men are prisoners of the patriarchy and toxic masculinity.

Reseda through his own agency working against the system found liberation in the books of hooks so we should not be surprised by this: West Virginia Is Charging Its Inmates $0.03 Cents a Minute to Read Free E-Books. Here’s Why That Matters.

Books, you see, as Ray Bradbury demonstrated in Fahrenheit 451, are dangerous for those with unearned power and liberating for everyone else.

As hooks concludes in her Chapter 3:

If black males can educate and/or reeducate themselves in prisons, it is all the more feasible that concerned black folks can school black male children rightly in the communities and homes where they live. In subcultures where such schooling is already taking place, black boys and black men reclaim their will to learn, to be educated despite the attempts by this society to crush the spirit and silence inquiring minds. Progressive schooling of black males can become a norm only as we begin to take their education seriously, restoring the link between learning and liberation.

$0.03 per minute seems like a small cost, but it is another significant ditch to maintain an imbalance of privilege that elevates Buttigieg while attempting to keep Reseda behind bars. 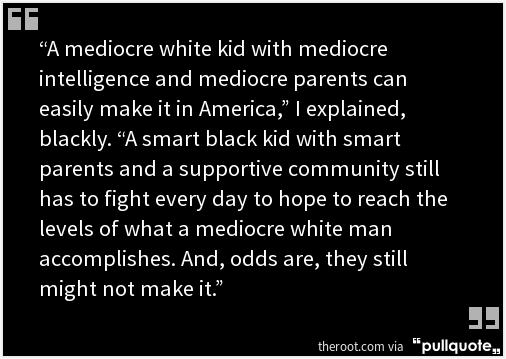 One thought on “White Lies, Black Incarceration, and the Promise of Reading in Prison”