Nora Durst finds herself at the intersection of something routinely normal for middle-class Americans living in the comfort of suburbia and distinctly otherworldly at the same time in Tom Perrotta’s The Leftovers, his 2011 novel venturing into speculative/ dystopian fiction.*

Visiting the mall with her sister during the Christmas season, Nora confronts the sudden disappearance of her entire family several years before on October 14, when millions of people also vanished in the Sudden Departure that prompts many to believe the world has finally experienced The Rapture:

Her heart was still racing when she stepped inside, her face hot with pride and embarrassment. She’d just forced herself to make a solo circuit of the big Christmas tree on the main level, where all the parents and kids were waiting to meet Santa Claus. It was another holiday challenge, an attempt to face her fear head-on, to break her shameful habit of avoiding the sight of small children whenever possible. That wasn’t the kind of person she wanted to be—shut down, defensive, giving a wide berth to anything that might remind her of what she’d lost. A similar logic had inspired her to apply for the day-care job last year, but that had been too much, too soon. This was more controlled, a one-time-only, bite-the-bullet sort of thing. (p. 193)

This moment for a fictional woman who has lost her family, has lost everything, is the essence of Perrotta’s mix of dark satire and moving authenticity about the human condition. But it also leads me to move beyond the book and consider what dystopian fiction, what speculative fiction offers readers that proves time and again to be so compelling.

Margaret Atwood has provided her readers four brilliant dystopian/speculative works of fiction—which she often uses to ague against simplistic labels such as “science fiction”: The Handmaid’s Tale, Oryx and Crake, The Year of the Flood, and MaddAddam. In “Writing Utopia” (from Writing with Intent), Atwood clarifies her distinction about genre, specifically about science fiction:

I define science fiction as fiction in which things happen that are not possible today—that depend, for instance, on advanced space travel, time travel, the discovery of green monsters on other planets or galaxies, or that contain various technologies we have not yet developed. But in The Handmaid’s Tale, nothing happens that the human race has not already done at some time in the past, or that it is not doing now, perhaps in other countries, or for which it has not yet developed the technology. We’ve done it, we’re doing it, or we could start doing it tomorrow. . . .So I think of The Handmaid’s Tale not as science fiction but as speculative fiction; and, more particularly, as that negative form of Utopian fiction that has come to be known as the Dystopia. (pp. 92-93)

Atwood has also turned to considering science fiction, speculative fiction, and dystopian fiction more fully in her In Other Worlds, where she writes about Kazuo Ishiguro’s Never Let Me Go:

Ishiguro likes to experiment with literary hybrids, and to hijack popular forms for his own ends, and to set his novels against tenebrous historical backdrops….An Ishiguro novel is never about what it pretends to pretend to be about, and Never Let Me Go is true to form. (p. 168)

And Perrotta’s dystopia can be described in much the same way; it isn’t “about what it pretends to pretend to be about”—which may be just that thing that makes the hard-to-explain genres of science fiction, speculative fiction, and dystopian fiction so hard to explain.

“I Can’t Look at Everything Hard Enough”

I found reading the passage about Nora quoted above nearly as overwhelming as the experience appears to be for Nora herself. I began to think about my own daughter, Jessica.

My daughter is alive, now twenty-five, married, and expecting her first child, a daughter, but the scene with Nora in Perrotta’s world “off-to-the-side,” as Atwood describes Ishiguro’s dystopia in Never Let Me Go, is not about what might happen, not a speculative work about the possibility of The Rapture.

Perrotta is offering his readers a timeless message, one found in Thornton Wilder’s Our Town. As Perrotta explains about the relationship between Our Town  and his novel:

This was part of the challenge of The Leftovers, as I wrote about characters left behind in the wake of the disappearances. The last moments of the disappeared people became supercharged with significance—even though that was not a special day, even though they disappeared while doing ordinary things. You might say the line from Our Town—“choose the least important day in your life. It will be important enough”—helped inform these histories, because I looked to simple, everyday moments. Nora’s daughter spills some juice, so she goes into the kitchen for some paper towels—when her daughter disappears. Jill is in the room with an old friend of hers watching a YouTube video, and suddenly the friend is gone. So, cleaning a spill or watching a dumb video: It’s the through minutiae of everyday life these moments come alive.

In Wilder’s play, Emily grows from childhood to falling in love to marriage and to her own too-early death. By the final act, Emily views her life in replay from beyond and exclaims: “I can’t look at everything hard enough.”

She then turns to the Stage Manager and asks, distraught: “Do any human beings ever realize life while they live it—every, every minute?” And the Stage Manager replies, “No—Saints and poets maybe—they do some.”

And this is the very real and starkly True center of Perrotta’s pervasive dark satire and insightful authenticity as a novelist staring at and then breathing life into the human condition, masked as fantastic events that are unimaginable, except for those who look at everything hard enough and pause to realize life every, every minute.

As a science fiction (SF) fan, partial to dystopian SF, and writer, I would have a great novel on my hands if this weren’t simply the way things are.

How to create a real-world dystopia:

Sounds easy, but some may call this outlandish. So let me offer a visual:

And for those who enjoy the power of the word, let me offer this:

Paul Tough v. Peter Høeg – or – the Advantages and Limits of “Research” or, How Children Succeed v. Borderliners , Ira Socol

Dystopias are hard to see when you live in one—just as fish have no idea what “water” means.

In the next few weeks, a new title in the series Critical Literacy Teaching Series: Challenging Authors and Genres will be available from Sense: 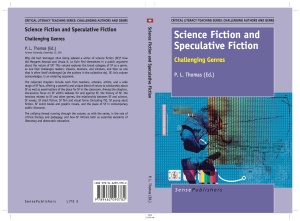 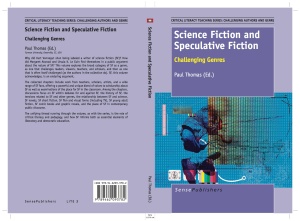 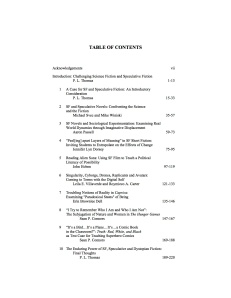 Writing in Newsweek (1980, January 21) in the cusp of America’s shift into the Reagan era of conservatism that included the roots of the current education reform movement built on accountability, standards, and high-stakes testing, Isaac Asimov declared the U.S. “a cult of ignorance,” explaining:

There is a cult of ignorance in the United States, and there always has been. The strain of anti-intellectualism has been a constant thread winding its way through our political and cultural life, nurtured by the false notion that democracy means that “my ignorance is just as good as your knowledge.”

While science fiction (SF)—a genre within which Asimov is legendary—is often misread as prediction (SF is often allegorical or a critical and satirical commentary on the contemporary world, more so than predictive), Asimov’s brief essay is eerily prescient about the most recent education reform movement and the discourse surrounding it.

As Reagan ascended the presidency in the U.S., Asimov noticed a clear line being drawn by politicians between them as spokespeople for and with the public versus intellectuals, academics, and experts of all kinds. One shift Asimov observed was a move away from the 1960s “Don’t trust anyone over 30” to a new conservative “Don’t trust the experts.”

In America, it seems, economic elitism was desirable but intellectual elitism was to be avoided at all costs.

Asimov noted both the central importance of a powerful, independent, and critical media along with the inherent problem of how well equipped the public is to gain from such a media (if one exists). While I find Asimov’s concern for Americans’ literacy too flippant and suffering (ironically) from his own blindspot as an expert writer who likely was far less expert in the broader field of literacy and literacy instruction (his advanced degrees are in chemistry), he did make a credible though garbled call for critical literacy among an American public that is functionally literate:

[T]he American public, by and large, in their distrust of experts and in their contempt for pointy-headed professors, can’t and don’t read.

To be sure, the average American can sign his name more or less legibly, and can make out the sports headline—but how many nonelitist Americans can, without undue difficulty, read as many as a thousand consecutive words of small print, some of which may be trisyllabic? [1]

Asimov eventually raised an important question about the right to know among a free people, the role of the media, and the need for an educated public in a free and democratic society:

I contend that the slogan “America’s right to know” is a meaningless one when we have an ignorant population, and that the function of a free press is virtually zero when hardly anyone can read….

I believe that every human being with a physically normal brain can learn a great deal and can be surprisingly intellectual. I believe that what we badly need is social approval of learning and social rewards for learning.

We can all be members of the intellectual elite and then, and only then, will a phrase like “America’s right to know” and, indeed, any true concept of democracy, have any meaning.

As we time-travel forward thirty-three years, Asimov has offered the current education reform template as well as the tremendous hurdle facing teachers, researchers, and scholars seeking to raise their voices of expertise and experience against a political and public commitment to a cult of ignorance: Don’t trust experts, but do trust politicians, celebrities, and billionaires.

Asimov’s essay, with only a few edits, could easily be written today and aimed squarely at the education reform movement. Secretary Duncan, Bill Gates, and Michelle Rhee warn the American public not to listen to the experts—teachers, researchers, and scholars.

That discourse remains robust as long as the media reports and perpetuates that political message and as long as formal education remains primarily bureaucratic, insuring that schools fail to foster critical literacy while the consumer culture feeding on entertainment keeps the public so busy and distracted that few bother to consider the danger ignoring experts poses to both freedom and democracy.

The education reform movement’s commitments to Common Core State Standards, national high-stakes tests, teacher evaluation linked to those tests, and chain-type charter schools are not quests for a better educated American public, but strategies for further entrenching the U.S. in the cult of ignorance Asimov unmasked over three decades ago.

[1] Asimov’s immediate school bashing based on test scores suggests he, too, was a victim of careless attention to the facts.