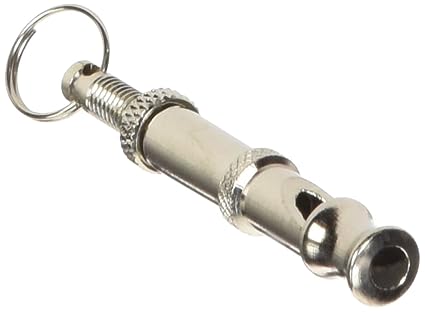 Now here comes the metaphorical portion of this post.

Over only a couple years of the Donald Trump era of Republican politics, we have become gradually accustomed—like a live lobster dropped in a pot of water soon boiled—to the gross and bluntly self-unaware language of his leadership of the Republican party—he of “grab them by the pussy,” no less.

But Trump’s race-baiting and race-appeasing of white nationalism/racism is no less ham-fisted.

In the U.S., we are pretty solid examples of Meursault’s dictum that people can get used to anything, but we also represent how short human memory is. I fear we have forgotten something most of us never even recognized: The good ol’ traditional political lie, often wrapped conveniently in dog whistle language.

Do not fret, though, because here’s a little nudge from former South Carolina Representative and Senator Jim DeMint, who did what many good ol’ Republicans have done, parlay the “damned-government” mantra into, ironically, a political career that leads to a cushy position in the so-called private sector, in DeMint’s case that was becoming president of the [White] Heritage Foundation forming his own conservative think tank.

It’s good work—if you are a white man with the sort of wealth and clout that you can negotiate into being among the rich-boys’ club we call the U.S. Senate.

DeMint’s political lie du jour is, hold your breath, an endorsement of school choice, the perennial go-to of conservatives:

The proposal that DeMint outlined during a speech Monday night to the Greenville County Republican Party would allow parents of special needs and impoverished students to spend state-allocated education money to attend private schools. Foster children and military families also would be eligible to take part in the program.

“The only way we are going to save our culture and our society is if we can create an education system that the parents can customize,” DeMint said.

Wow, it really takes your breath away, doesn’t it, when someone of DeMint’s stature speaks for special needs children and children trapped in poverty?

And, he wants them to go to private school. Private. School.

As the dog whistle goes, however, if you aren’t a white nationalist/racist (and chances that you are and reading my blog are really pretty low), your eyes may have become all blurry with empathy tears by the time you got to “our culture and our society.”

If you did miss that, maybe track down a friend or family member who voted for Trump, or is a card-carrying Republican, and ask them who the “our” is all about, or maybe to define the whole “culture” thing.

I have a few ideas, as well, because I am really close to having lived 60 years in the very state DeMint represented—a state that clutches the Confederate flag and believes the Civil War wasn’t waged over slavery. You see, SC is a “Heritage Not Hate” state.

There’s some world-class Orwellian language for you, by the way, because, if you have the time and patience, I suspect it would be illustrative to ask anyone in SC who says “Heritage Not Hate” to explain what that heritage entails. Mind you, the explanation will defy reality, and history, but it will be an experience, and unlike a dog whistle, you will hear every word, but may doubt you are hearing the words you hear.

DeMint has provided for those who see and hear past the veneers the ugly relationship between school choice advocacy and the Republican party’s investment in white nationalism/racism.

In his speech Monday night, DeMint said education scholarship accounts can result in a “win-win” scenario for parents and public schools. He said parents can choose the best educational opportunities for their children while public schools can benefit from a reduction in class sizes.

“It creates a dynamic in every situation that we’ve studied where public schools get better,” DeMint said.

School choice, in fact, and including charter schools, has not improved anything, but has been strongly associated with re-segregating education and proving public funds for more affluent families to flee public schools.

Parents, you see, do not chose schools for academic reason mostly, but for ideological ones, such as making sure their children attend school with people who look like them and sit in classes that provide the sorts of indoctrination the parents desire.

School choice schemes never provide the sort of full support low-income parents need, such as transportation or time that is taken for granted by the affluent.

And what DeMint will not discuss is that the free market, the sacred Invisible Hand, has no incentive toward equity or quality. Market forces are guided by the lever of the customers and their capital.

Private schools are no better than public or charter schools—all of which are mostly reflections of the populations they serve.

And private schools represent a broad range of schooling, from narrow religious-based instruction to almost anything a group of parents may be willing to fund.

So we are left with a really jumbled message to the white nationalists/racists who are anti-government: School choice will provide you public funds to isolate your white children with other white children to receive the indoctrination you want to preserve the sacred white race.

That is the dog whistle that is “‘our culture and our society.'”

This sounds harsh, I know, but that is what a dog whistle is designed to do, mute the ugly for “the best” in order to rouse “the worst…full of passionate intensity.”